Even though it has felt like spring for a long time, it is indeed here now in full swing.
The lushness of the lilac and elderberry trees already blocking out the more direct view of our neighbours and the road beyond.

The Asian Pear and Quince tree have already lost the majority of their blossoms, though I think the massive short blasts of wind we've had dancing through the valley has had a lot to do with that.
The boys are growing so quickly. My 7 year old is reading quickly and effectively - nothing gets past him. He is at that 'alien' looking stage - elongated arms and legs, large-ish head. Baby fat gone, and the ability to see him as he will be when a teenager very apparent. I quite remember this stage with my three (now) adult children.

My 6 year old was a bit slower with reading, but being born the very end of December he has always been the youngest in the class, and a wee bit behind with certain academics. This week however when doing his daily reading I noticed he is really making his way through it well. Tackling all words and even figuring out some more difficult ones on his own.

Both boys love Minecraft and Saturday is Minecraft day. Rather than letting them play it daily , we put aside Saturday as video game day for them, it stops them from asking for it daily and helps allow focus on other things during the rest of the week without them hoping and begging to play. When I'm working evenings, and my daughter is sitting them downstairs (I work from a home office as a remote interviewer)they get a bit of time on their DS - though they arent as interested in that and spend a lot of time building with lego (especially 7yr old) and drawing (6yr old)
It was nice yesterday to hear my 7 year old humming away to himself while building with lego.
Was one of those simple moments of joy that sneaks into my life from time to time without effort.
The best sort of joy of all.

Husband and I finished Game of Thrones Season 4 last night - the night before Season 5 comes out. We hadn't watched it at all and then when it came to Inworldz - a virtual world I play in - I wanted to watch it so I could determine a RP character. Worlds of Westeros is in Inworldz as 30+ regions I believe. All of Westeros being built in a virtual world for interactive RP.
We can't get HBO Canada so we won't be tuning in with all the other GoT fans. We'll have to find it online and stream it.

Last weekend I was in Vancouver staying with my friend. We did a lovely pub crawl, which included a new labrette for me, after my old one grew over 12 years ago. We went to FanExpoVancouver the next day and I got some awesome pictures, including: 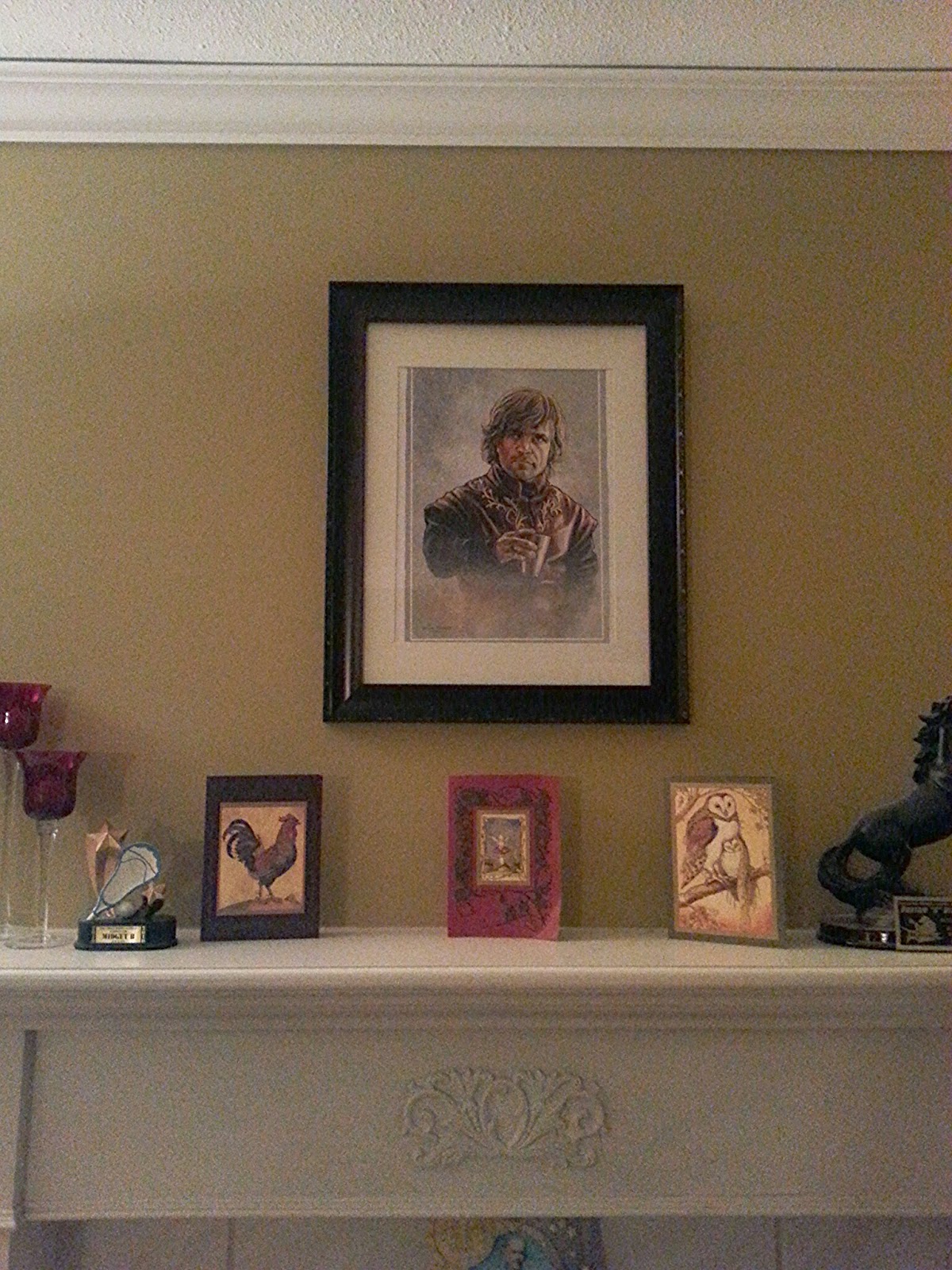 My oldest son just turned 26. He has been in Japan since last May just for the experience, and is home next month. A year later. I've missed him quite a bit and it will be great to have him back.
My daughter is still doing well. She has always been such a friendly, social, and well mannered kid. Never has mouthed me off - only the occasional eyeroll lol. Her hair is green right now. No idea where she gets these crazy ideas
From her mom? :) Ive been dying my hair odd colours since my 20's and my family, 20 years later still gives me the 'oh what have you done now?' look. My mother-in-law however loves my hair, with the  blonde and pinks and purples. She says the change from my normal black (id stopped adding fun funky colours over the past few years) took years off. Im good with that. If it could also take off like.. 20 lbs I'd like that too, but oh well.
My second oldest son is working full time and living in Surrey. He has been gone a year now too, tho being closer he does come to visit. He and I have always had a difficult relationship, he in fact has had difficult relationships with many people. He has problems making good choices and has had to be turned out a few times as a teenager for being quite verbally abusive and destructive. I always worry about him. He flies off the handle at the tiniest things, and seems most often unable to keep himself okay - yet at the same time stopped allowing me to parent him long ago. We love each other though, and he knows it. He truly does and I am at least very happy about that.

Well, just wanted to pop in with some updates. I don't blog nearly as often as I used to, or with the same enthusiasm. Perhaps it's internet overload. But with spring in full swing I thought I should do so.
*cheers*