My youngest son has asthma, or sensitive airways, or some such thing such as that. Hard to say at his age exactly what it is, but for now it is treated as asthma.
When he gets a cold, it is especially difficult for him.
Well, he has had a particularly rough summer with his bouts of breathing distress, and so when he suddenly got a cold on top of it, I knew I wanted to find extra assistance. The puffer helps with the asthma attacks but I wanted to find something that could help the spasms from a different angle
So I decided to hit up the vitamin store to seek out something with Drosera (sundew) in it and perhaps Thyme .
I found a homeopathic cough syrup with Drosera in it along with Dock and a few other things. It was only for infants-3yrs old. He is five, but a small five. I figured it would have to do, I saw some dried elderberries on the shelf as well and decided I would make some elixer.
So, back at home I got out the Thyme - which is supposed to help quite a bit with asthma by lessening the spasms, and got out Ginger, Cinnamon Sticks, and Cloves. I figured these would all go well with the Elderberries, as each has properties of boosting the immune system/anti-viral/cough ease -- some sources I used were:
The Illustrated Herbal - Phillipa Back
Holistic Herbal - David Hoffman (though I double-checked some of the information because some fo the herbs recommended for Asthma/Cough turned out to be possibly quite unsafe. I chose to onley use herbs that were listed as safe and effective in each source I came across)
Prescription for Herbal Healing - Phyllis A. Balch
Book of Herbal Wisdom - Matthew Wood
So, none of this is my medical recommendation, rather is simply what I put together based on things I read.

The recipe:
1/2 cup dried elderberries (actually it was 50 g and came to just over a half cup, about 5 oz)
1 tbsp thyme
1 tbsp cloves
1 stick cinnamon
1 tsp ginger (fresh is best)
Added to 3 cups of water.
Simmered down to about 1.5 cups
Upon cooling will pour into mason jar with about 1/4 cup honey (perhaps more) and 1/4 cup brandy. 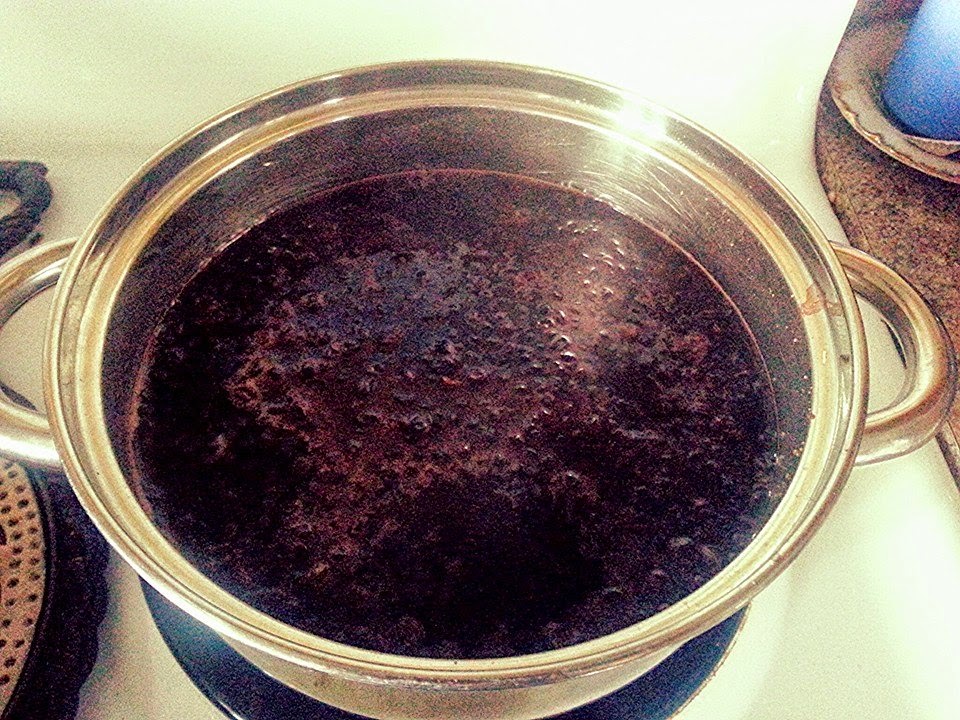 I gave him only one dosage of the homeopathic cough syrup yesterday, but I gave him 1 tsp 4 times each day (yesterday and today) -- but even as of this morning, his cough had lessened and had gone from the dry constant spasmodic cough to a more regular sounding  congested cough. Today there was no 'wheezing', and he played quite happily with his brother. He has not asked for his puffer since last night. I will add that normally, he wakes up in the middle of the night needing his puffer and at least once during the day.
I'm not claiming any medical miracle from the elixir, but he was so much better today than yesterday and normally his coughs/colds are far more complicated. By the second or third day we are often not getting relief from the Ventolin and instead have to move onto the FloVent. I am definitely not anti-doctor. My now adult daughter was born with a heart condition and we spent much time at Children's hospital for some very scary procedures in her early years. There is definitely a time and place for medical intervention. But I am always happiest if the body heals up on its own :)
So now, I'm off to bed. I just checked on him and he is still sleeping well. Looks like I'll get a good night's sleep.