Holidays on the Island

More aptly titled 'Holidays on ONE of the Islands' I suppose, seeing as how there are so many islands sprinkled about our West Coast.
Normally we go to Galiano Island in the summer, but we learned that the cabin was up for sale. Initially we were very disappointed, but then we realized it could be an opportunity to discover the joys of a new Southern Gulf Island.
So we spent some time looking at different rentals - an expense we hadn't had to bear before as the cabin we stayed in before was a friend's family cabin so we were able to stay for free - and realized that already anything affordable was not available during the time we wanted to be able to go. Then there was the fact that many of the cabins were simply on someone's property, or were in a cluster of cabin rentals - we REALLY wanted the same experience we'd been spoiled with, of being in the woods in a very private setting. And for each day that passed, my husband risked running out of holiday dates to choose from with work. It works on a pretty much first come first serve sort of basis.
Well finally I saw a place on Craig's List (of course) and it seemed perfect. The price was good, the place was on 1.5 acres - could SEE the neighbouring homes but only through all the trees. Not as isolated as the other cabin was and this one was on Mayne Island, not Galiano where we normally stayed.
The woman was really wonderful at assuaging all my fears - I'm sure she must have thought I was a worry wort!
Her price was much less than for other places much smaller and less private, and so I felt much hesitation when I transferred half the week's rental cost to her in advance. If it was inexspensive it MUST have something wrong with it, right? I started thinking that maybe the well was dry, or maybe there was no indoor plumbing or maybe we would arrive to our destination and find out that it doesn't exist and she simply took off with the money. Yes - I guess I am an untrusting sort.
So up at the crack of dawn to drive to the Ferry. I allowed too much time to drive - but when doing the freeway, and knowing you HAVE to be there at the very least 45 min before sailing time, and knowing its 1.5 hours drive in good traffic I wanted to allow an extra hour in case of an accident on the freeway.
Well there was no accident and there was a new freeway thingy that directed us right over the majority of traffic and over to the terminal so we arrived about half an hour before our check in even opened.
Once it opened and we got in the line up we then had another 90 min wait but all the time passed quickly. 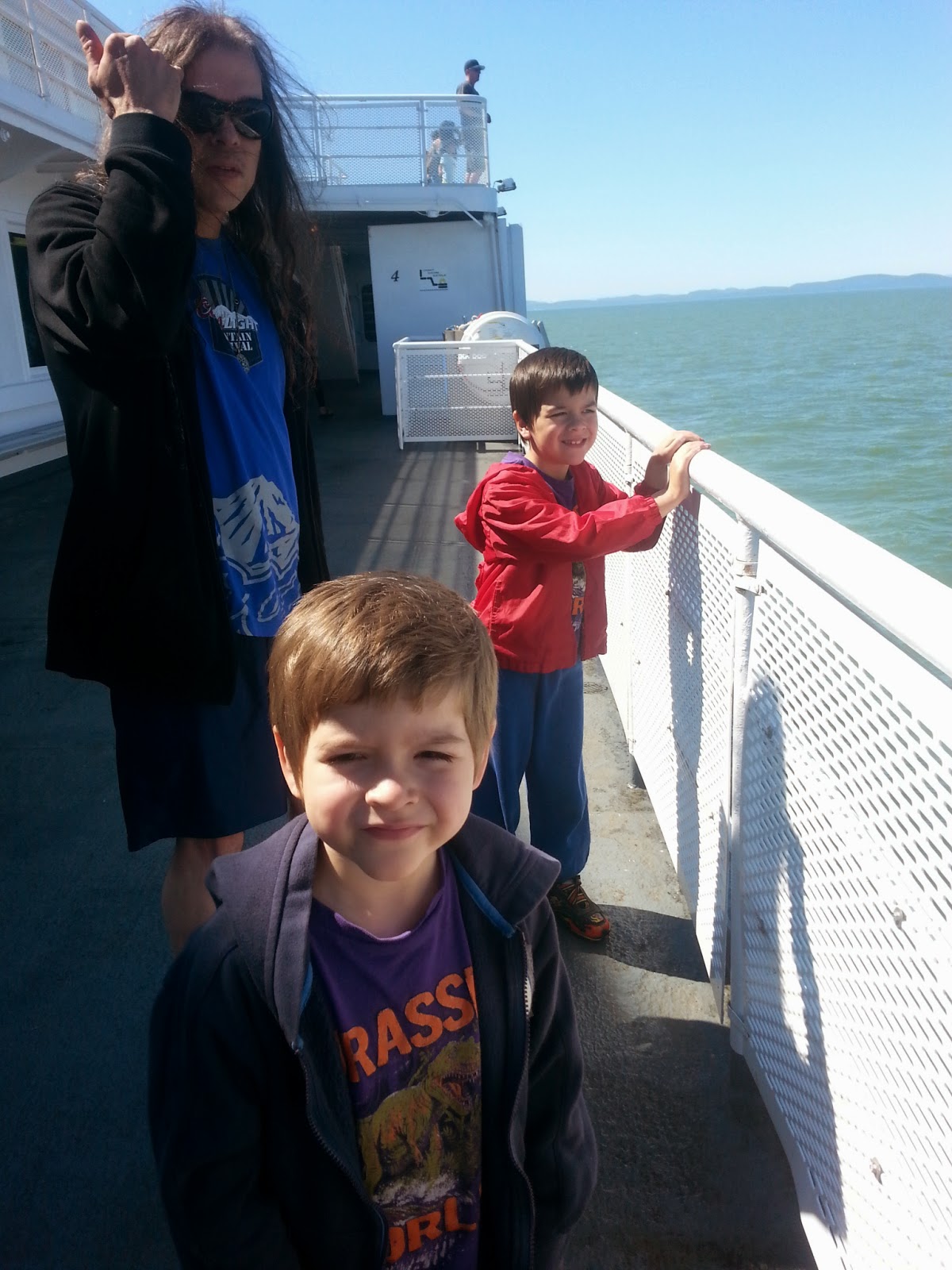 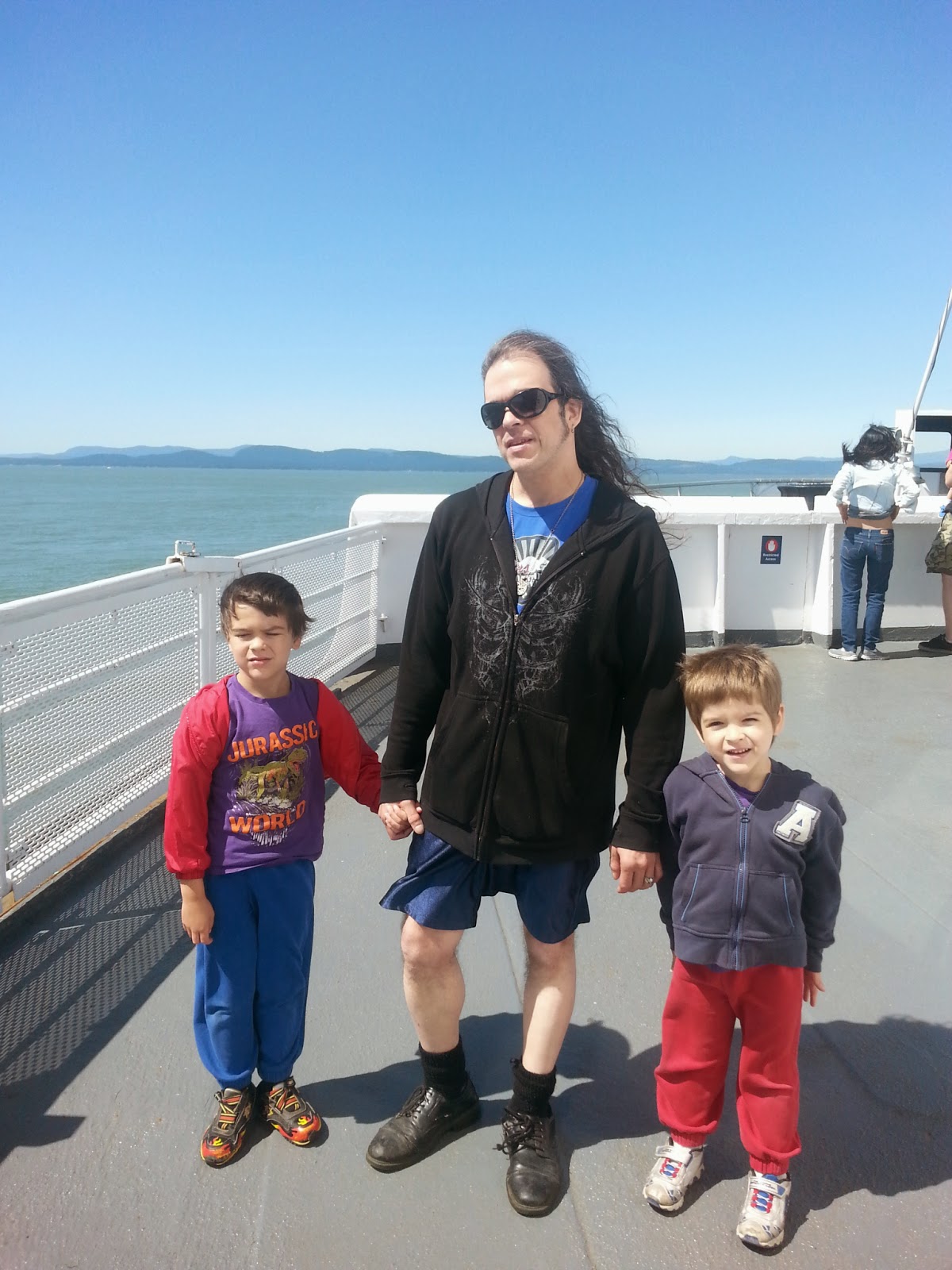 We got off the ferry after a 1.5 hour drive to the ferry, then a 2 hour wait then a 1.5 hour crossing and followed her directions to the cabin.
Drove past it at first as it was indeed set back enough from the road to be quite private.
Was a bit weary at first as there were some heaps of things lying under what looked like garbage bags (turned out to be firewood under plastic) --- realized that I was being a nervous wreck. 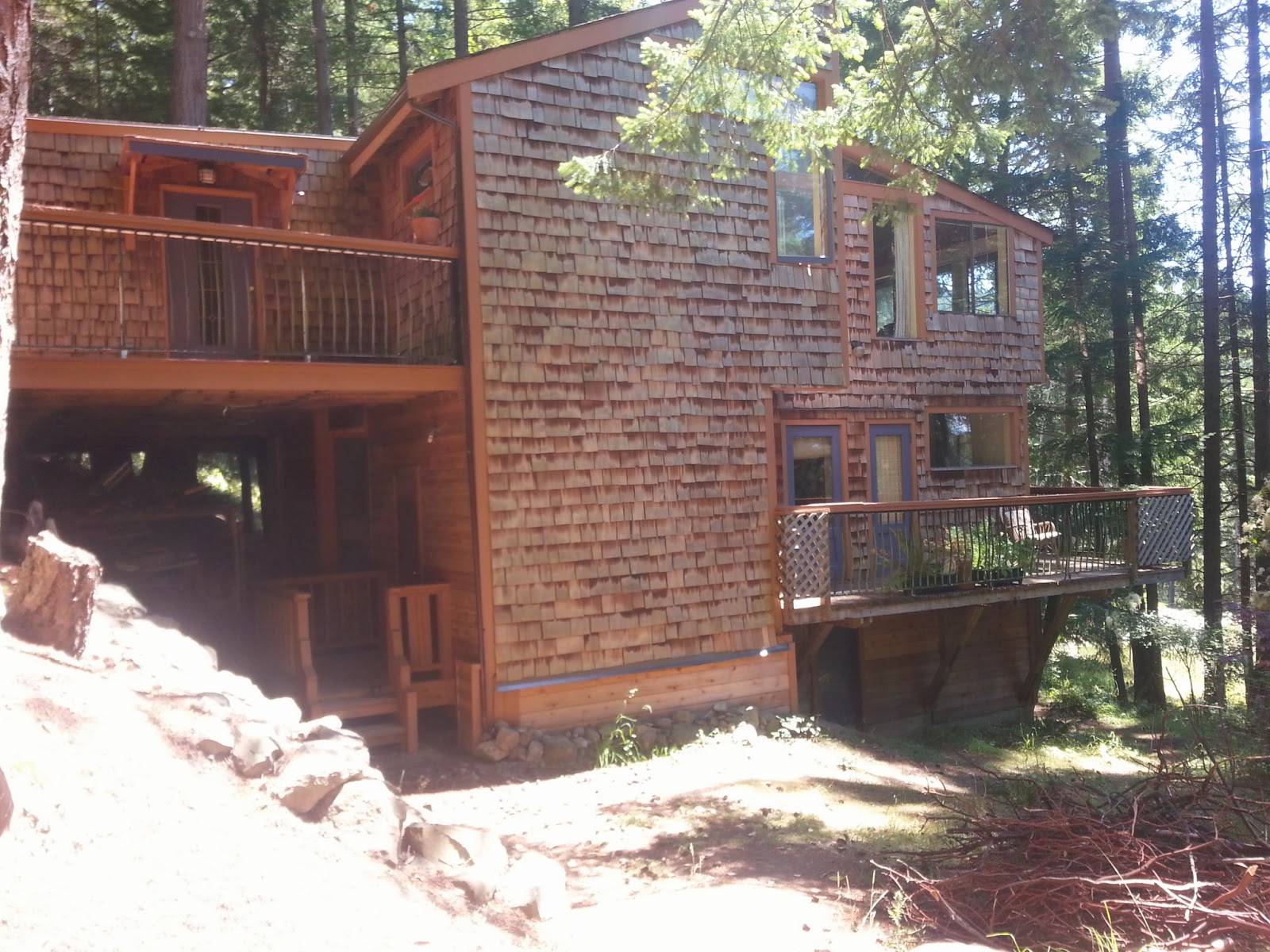 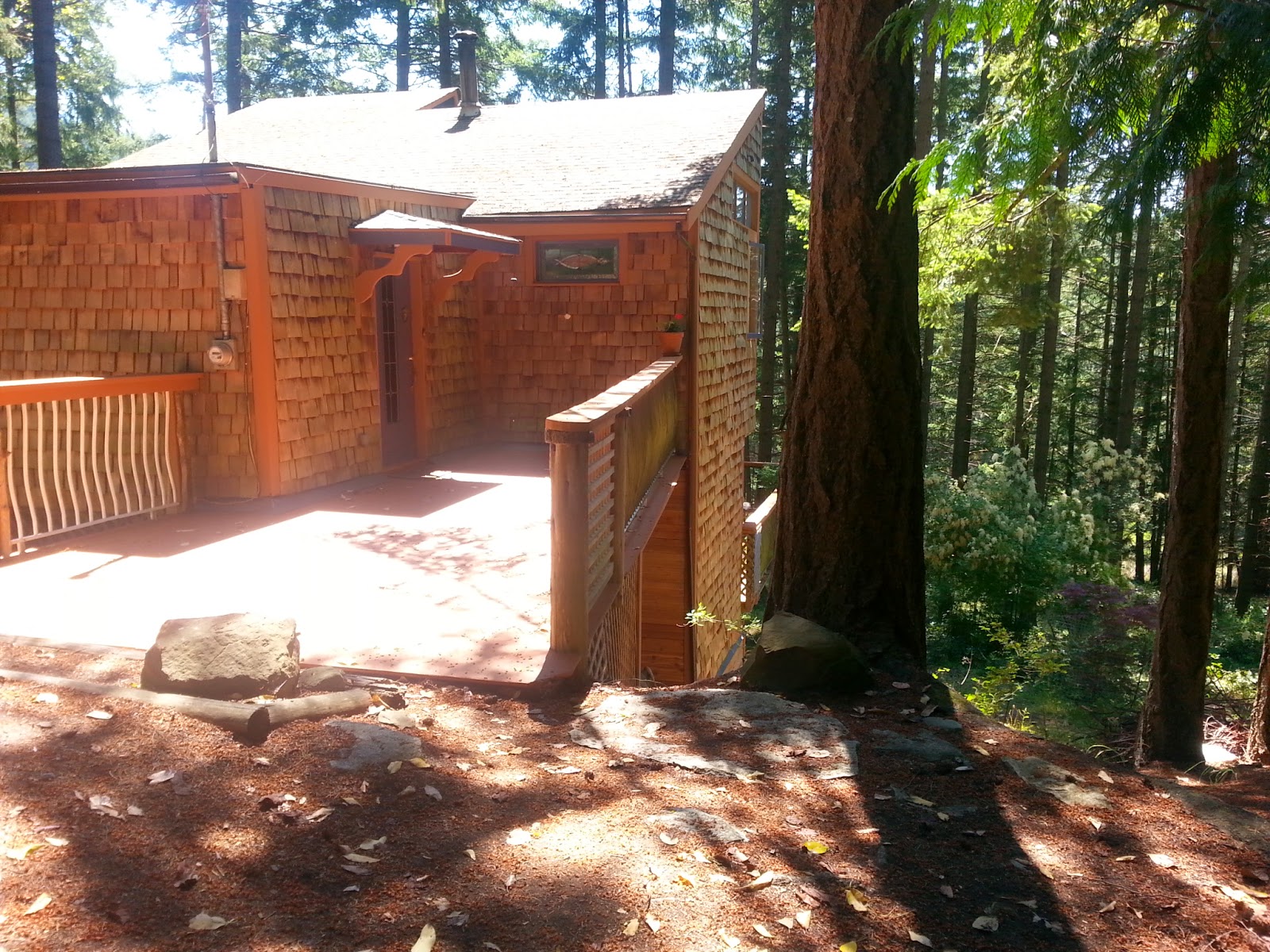 Then we got out.. found the key she had hidden, and saw a lovely welcoming note on the door.
I felt a bit reassured.
Then we opened the door and I felt like the biggest moron for ever worrying and realized how different the mentality of Island life compared to mainland life is. 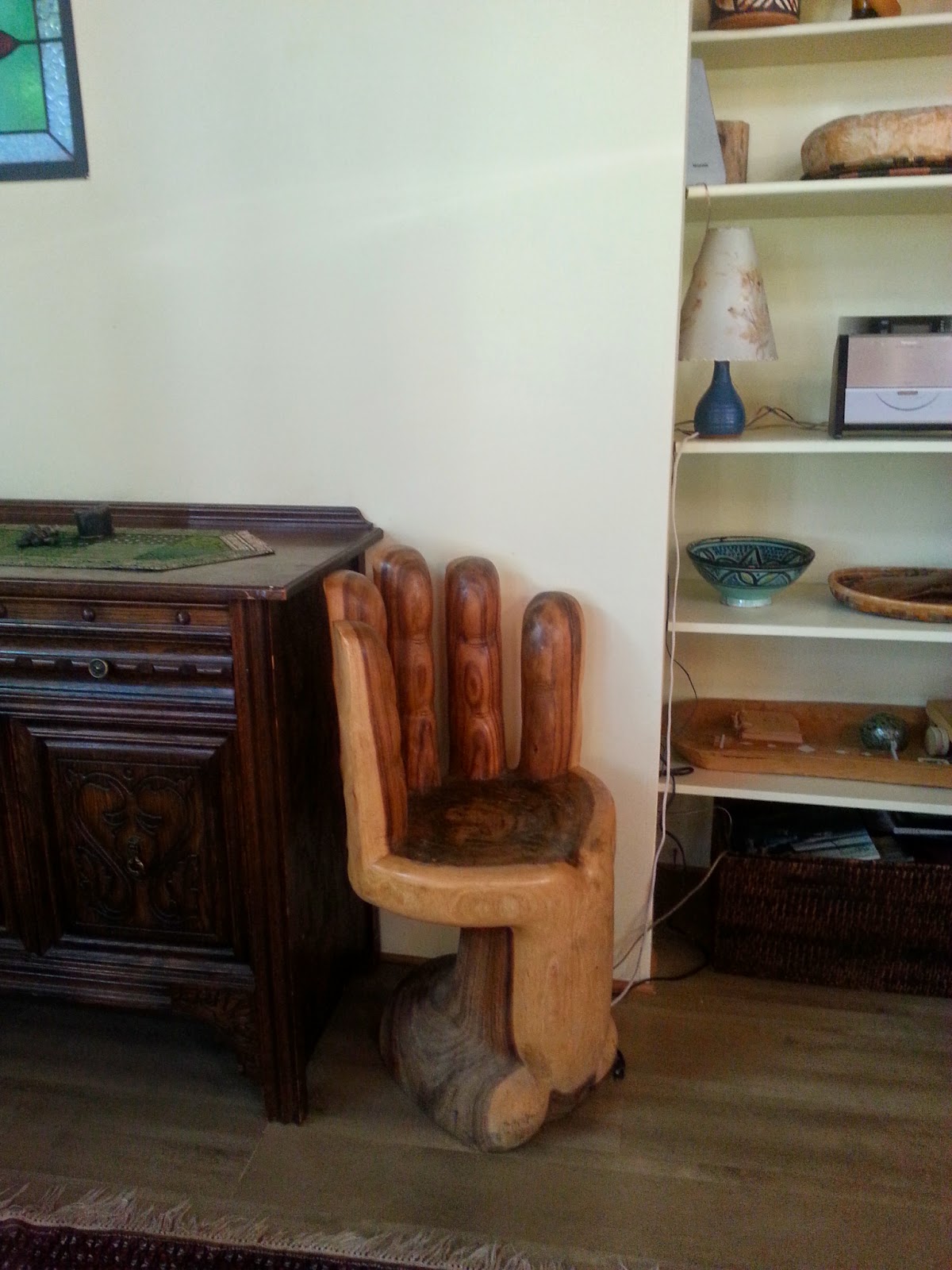 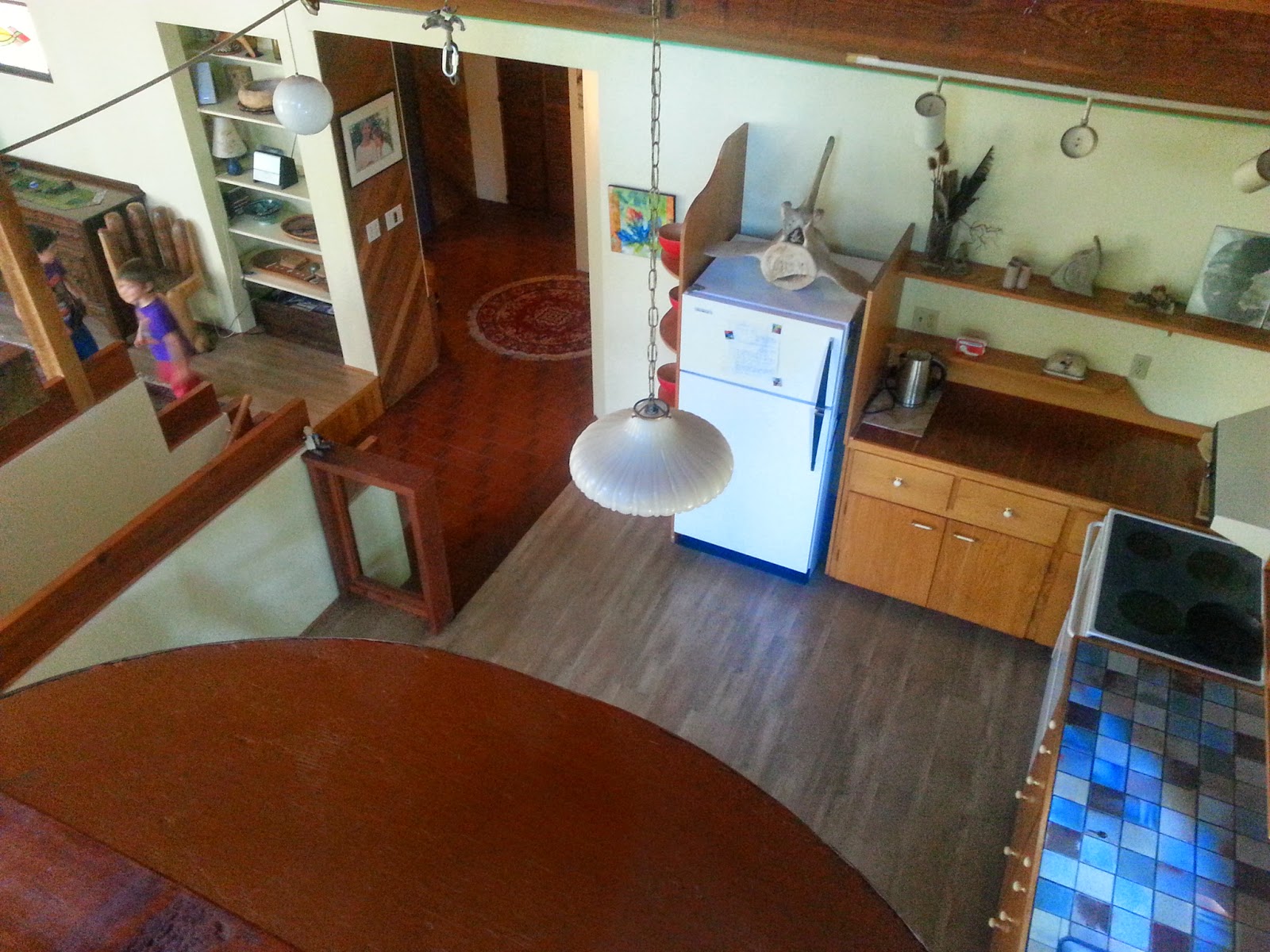 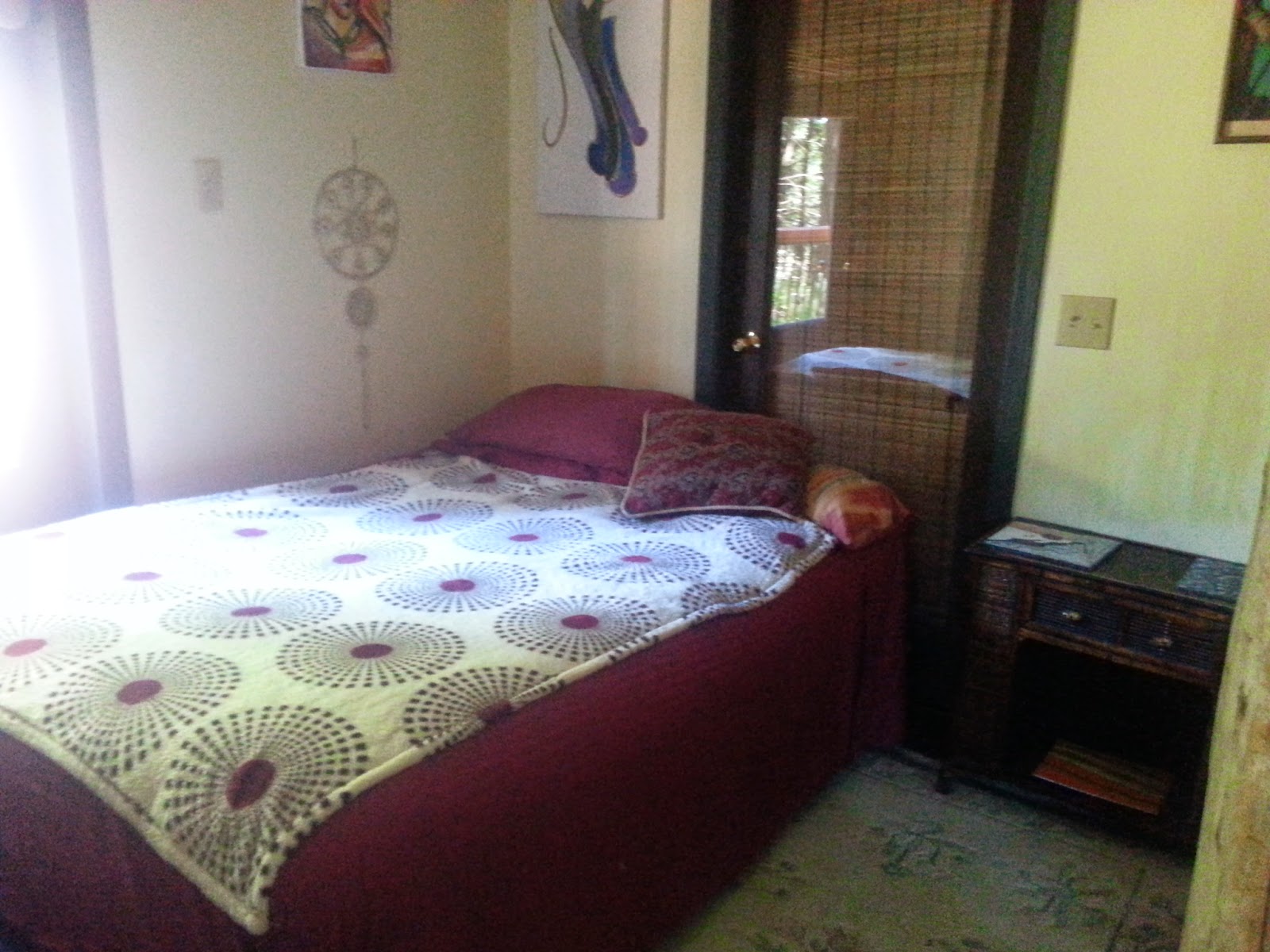 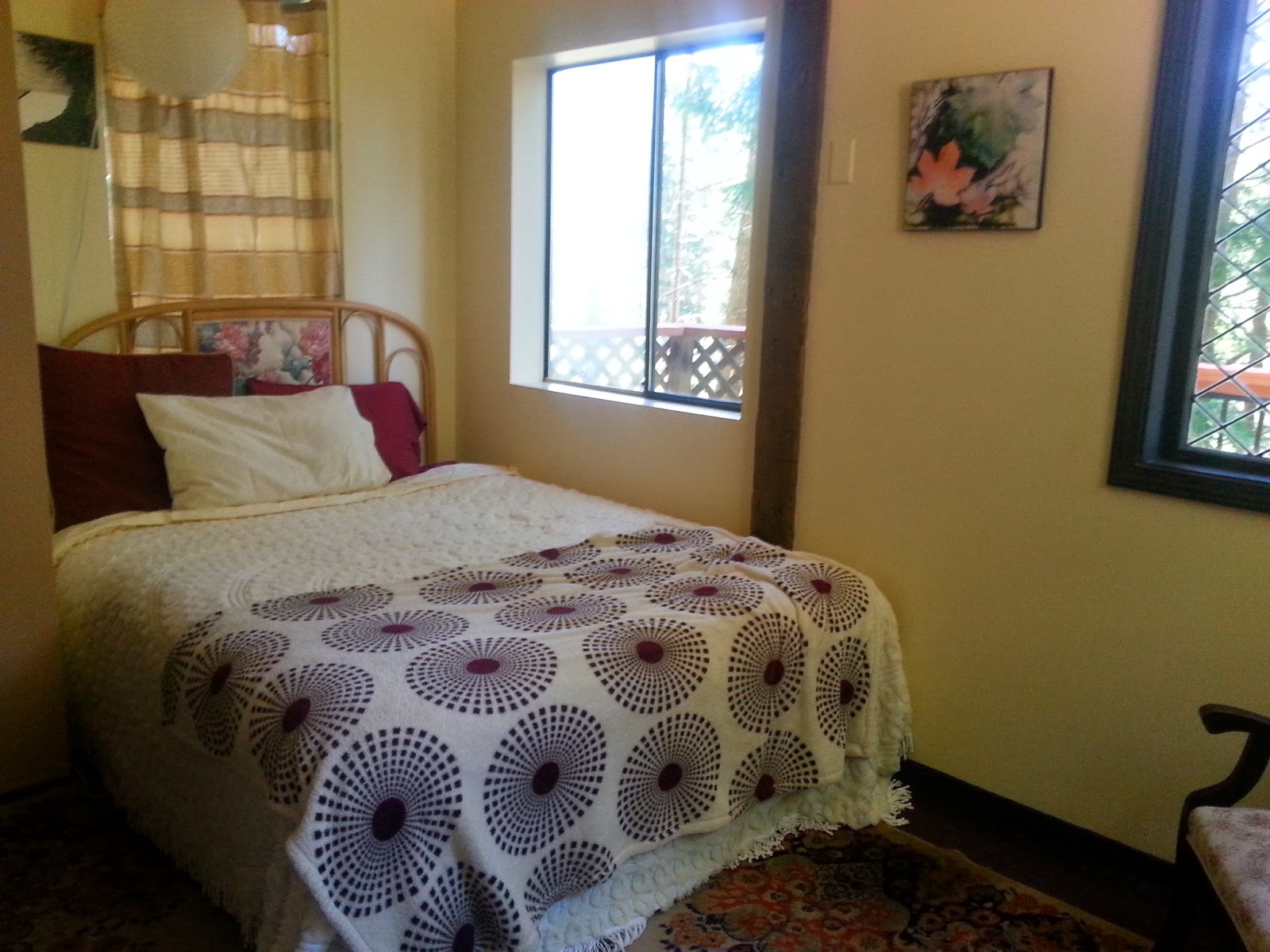 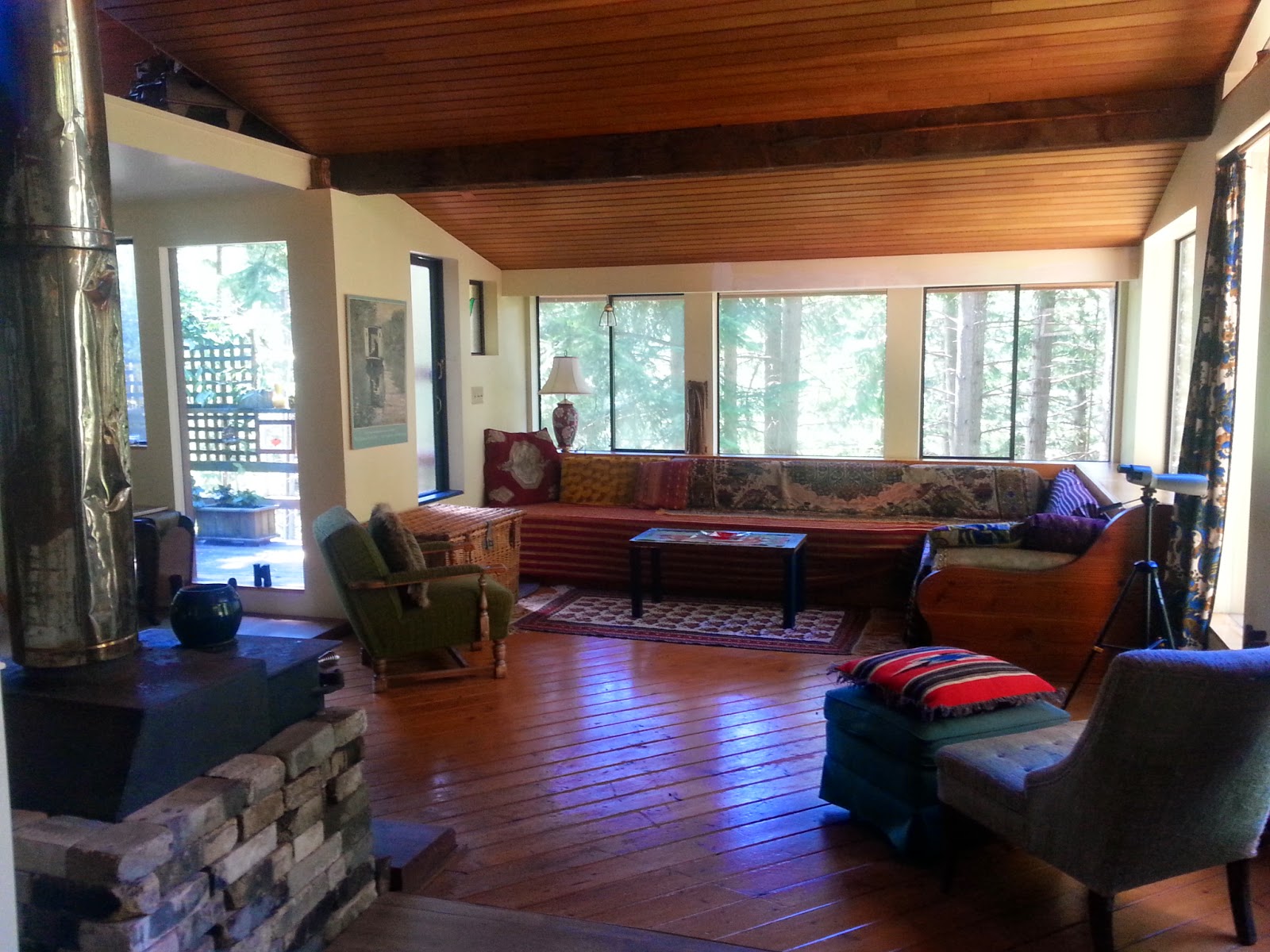 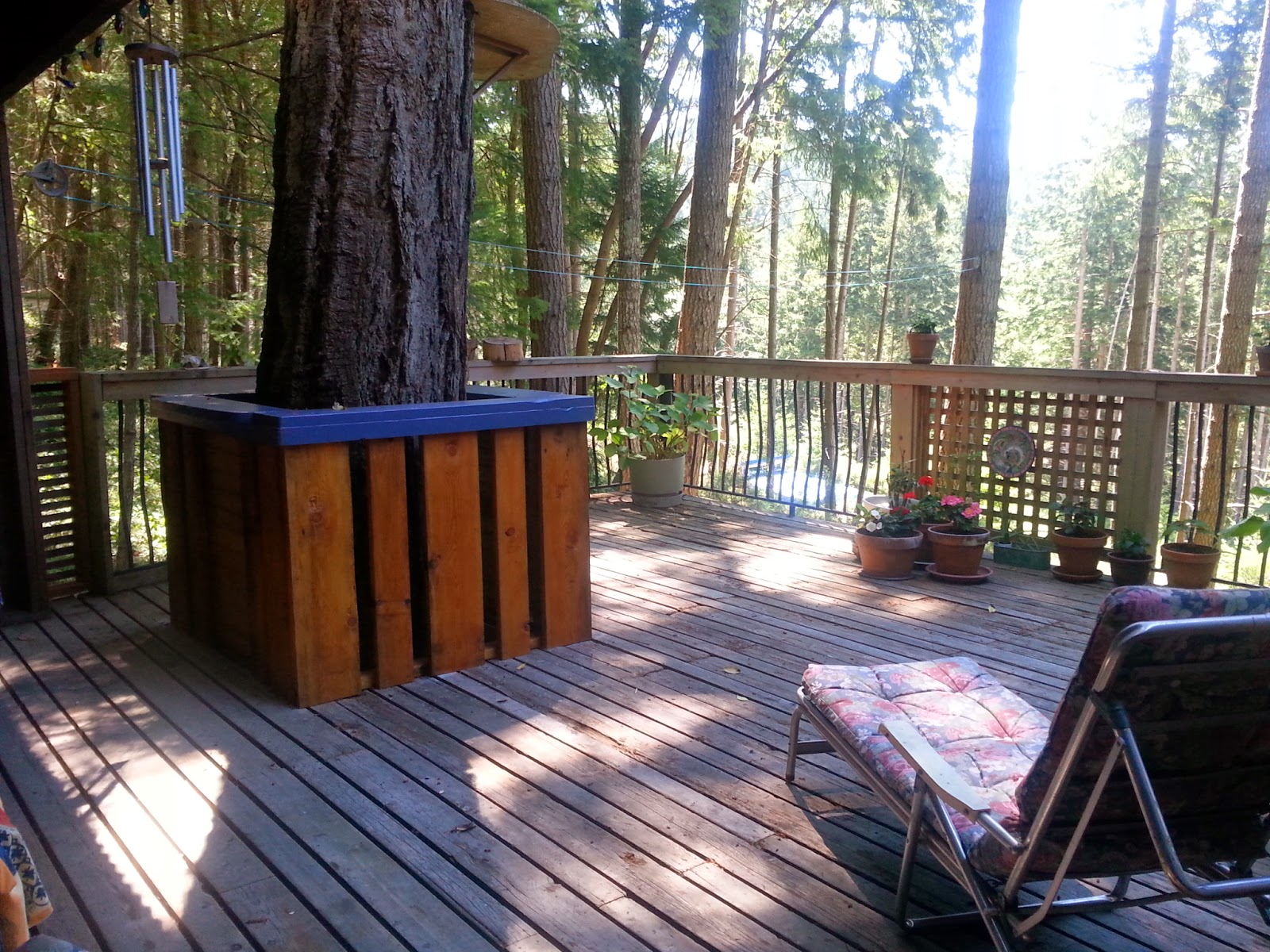 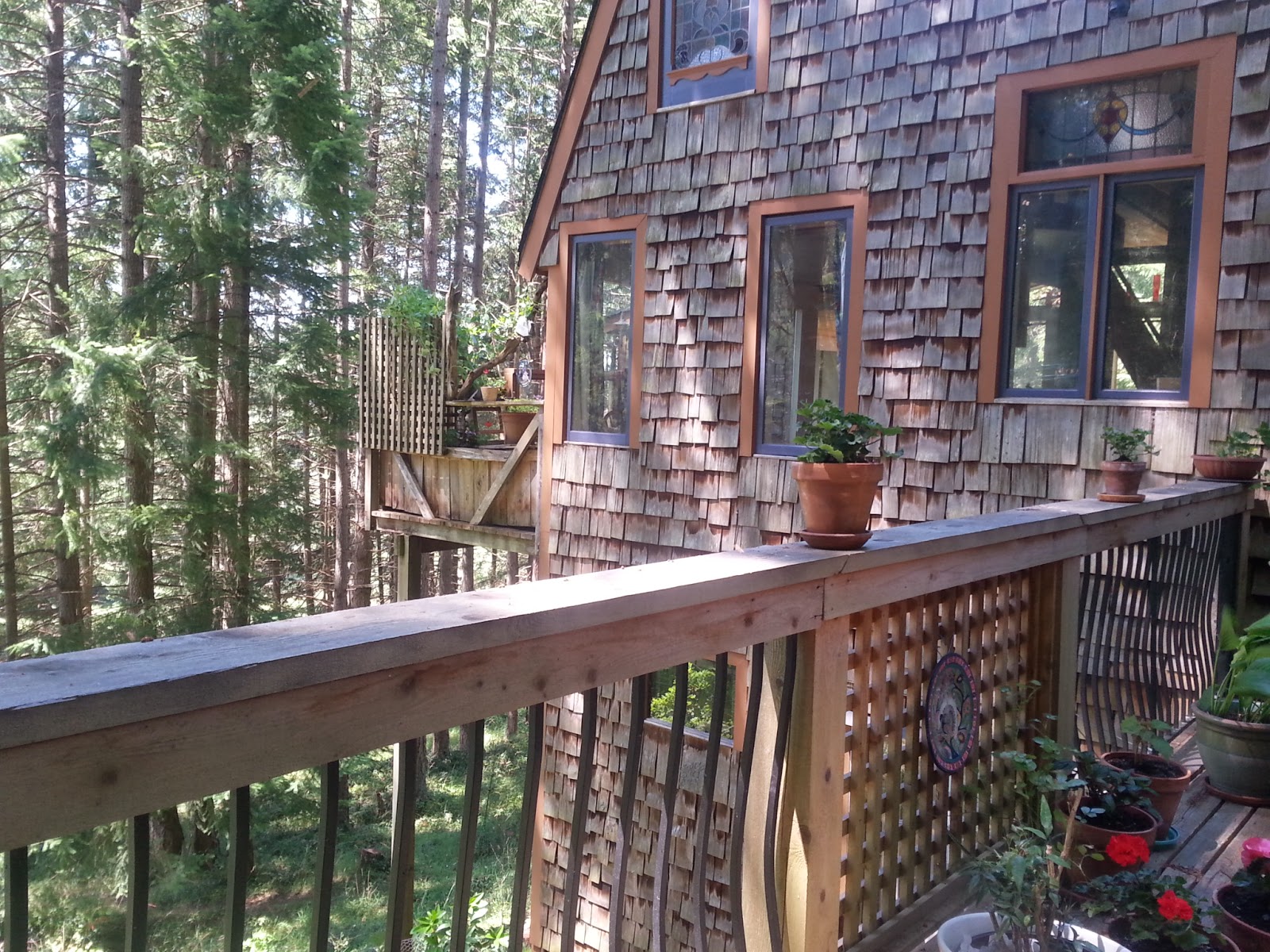 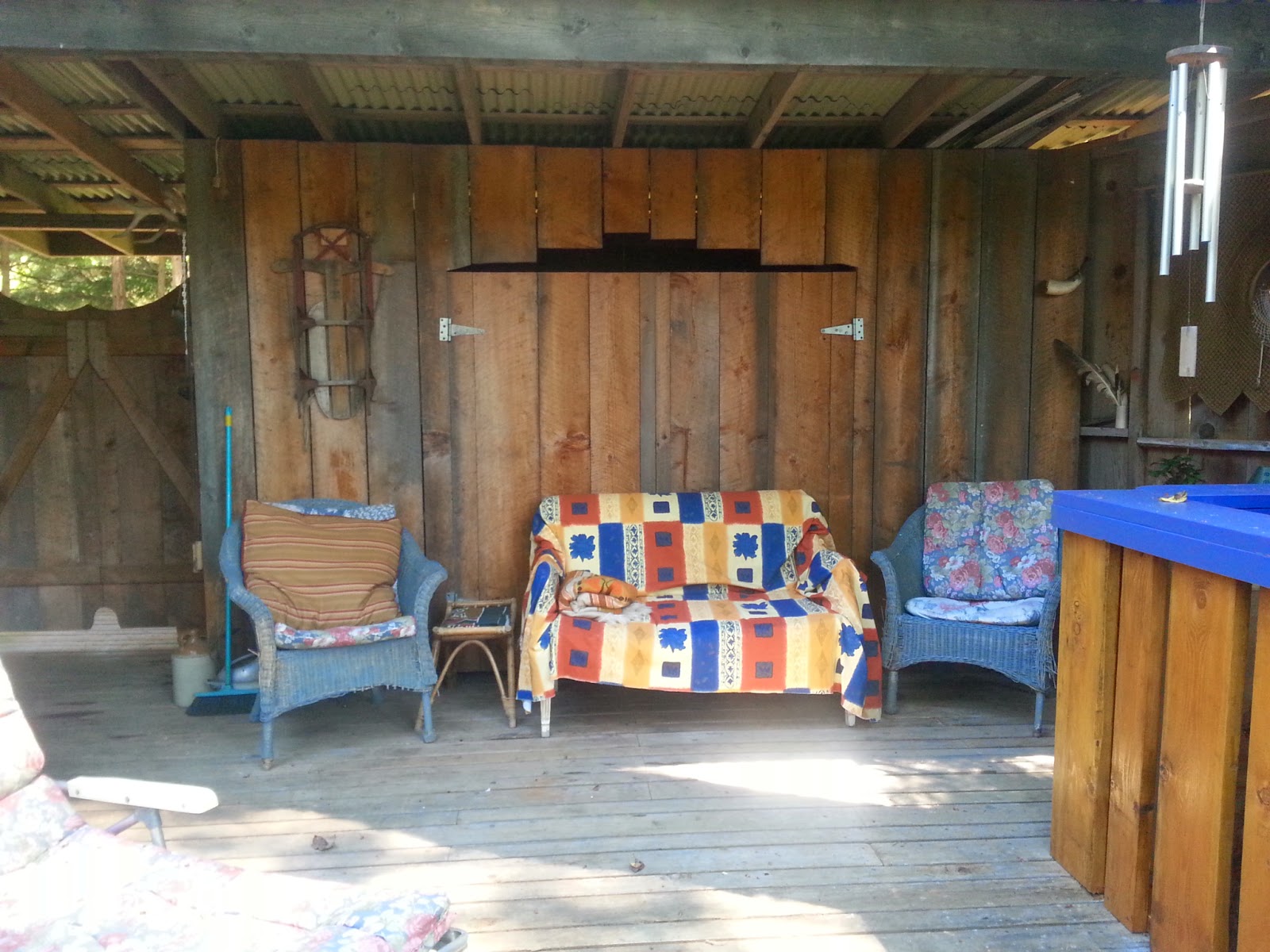 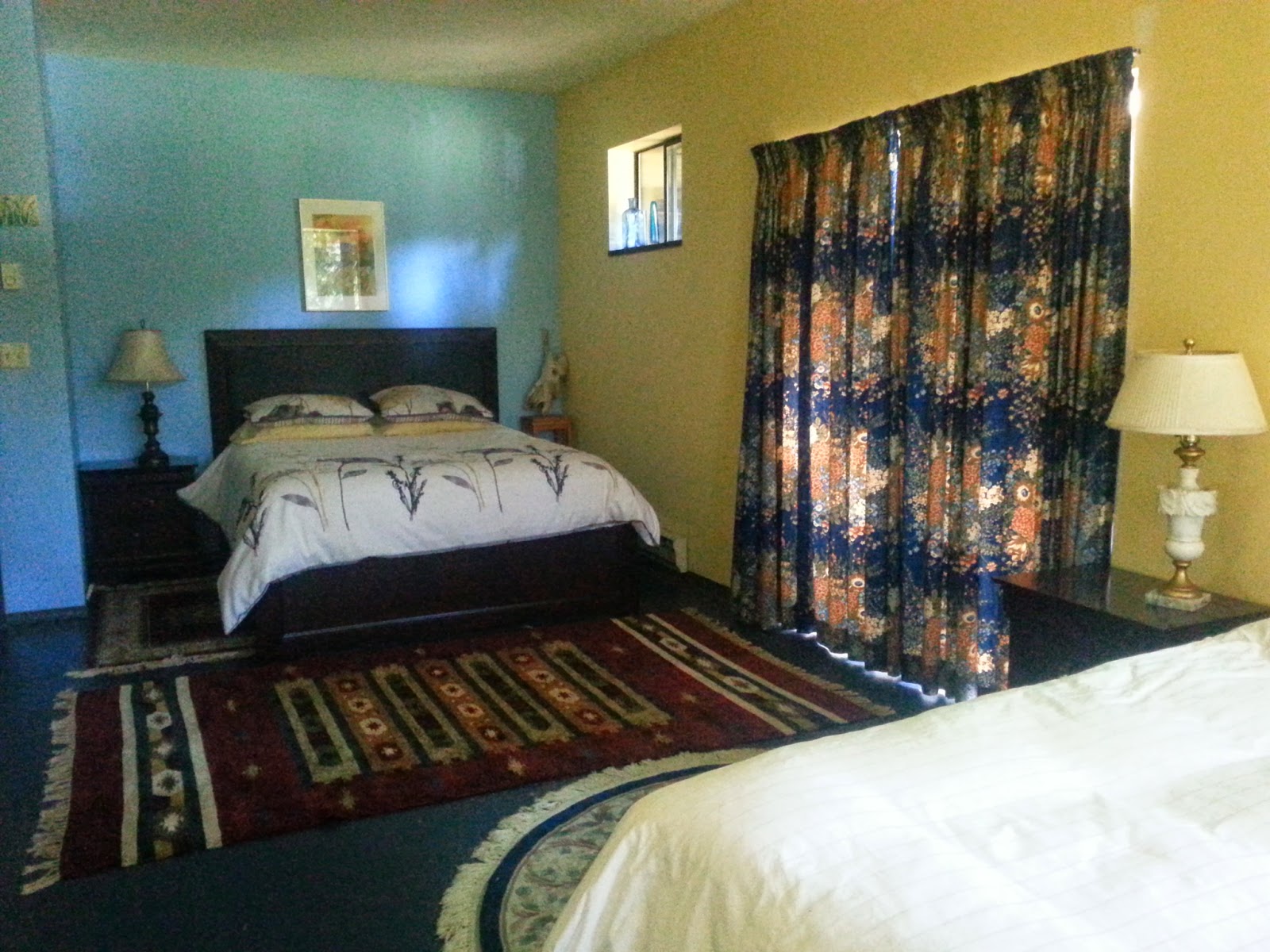 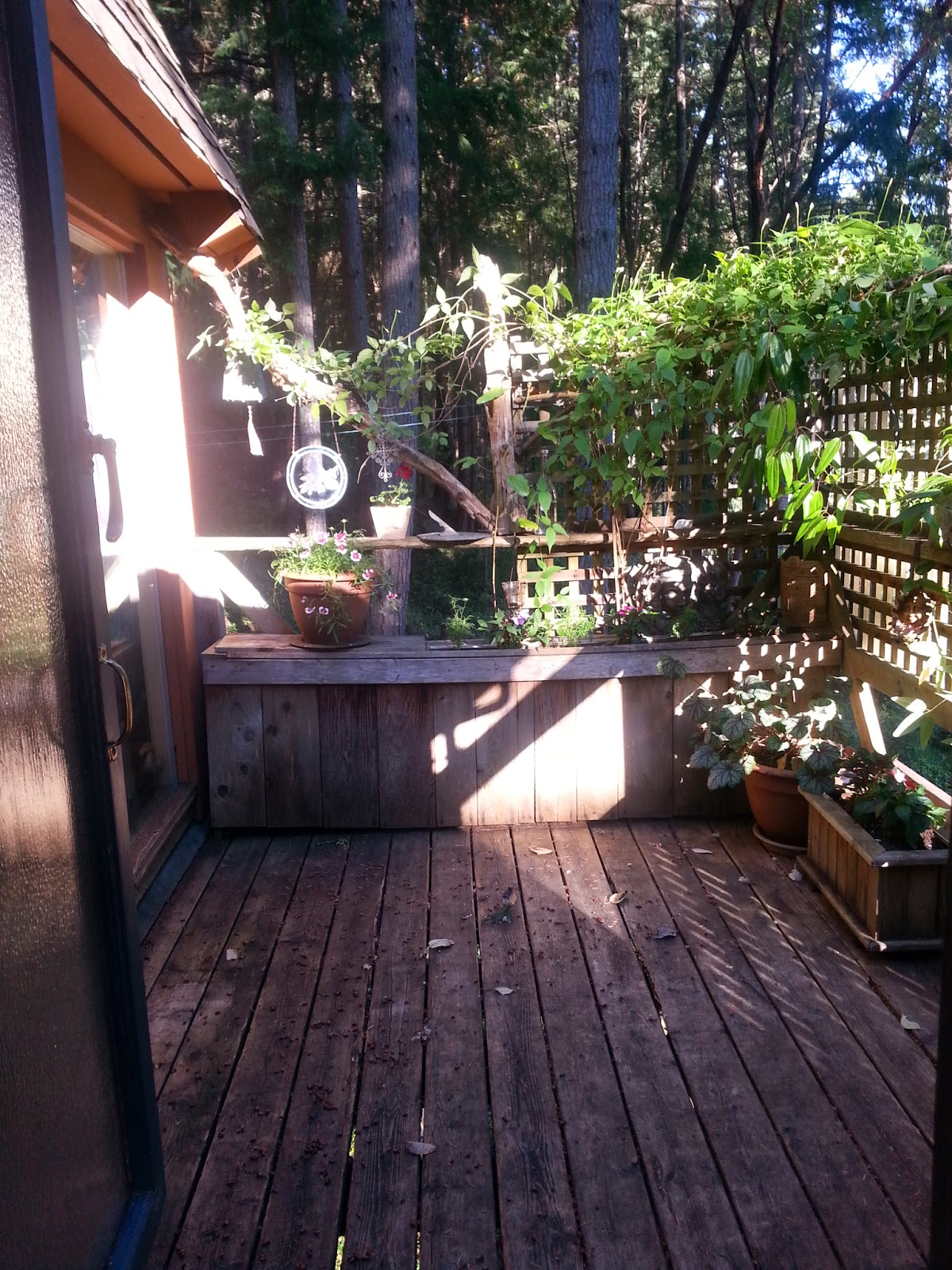 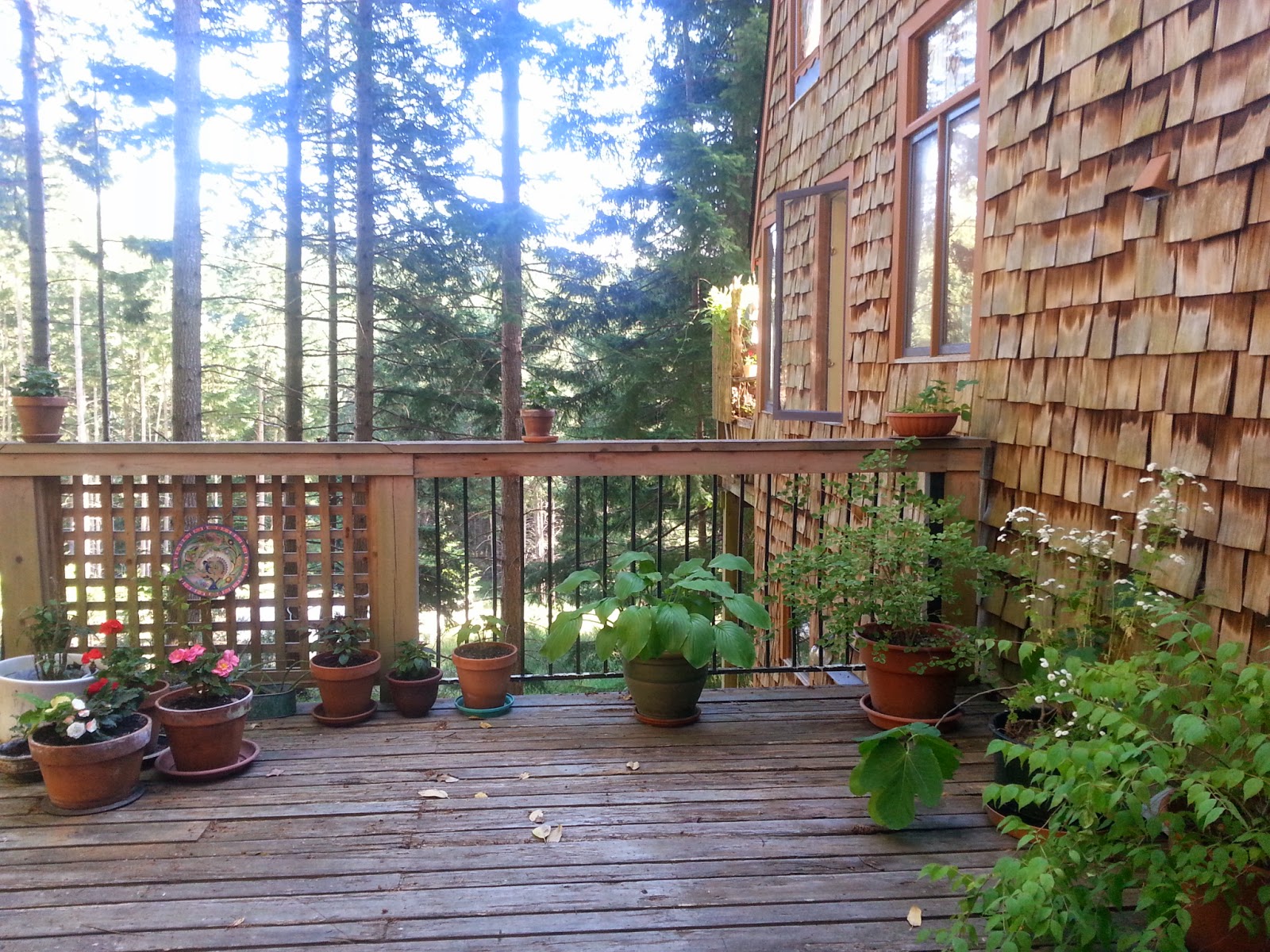 It was perfect. The place was bright, spacious, and so welcoming. It smelled of incense and indeed the last strands of incense had finished burning away on the wood burning stove. 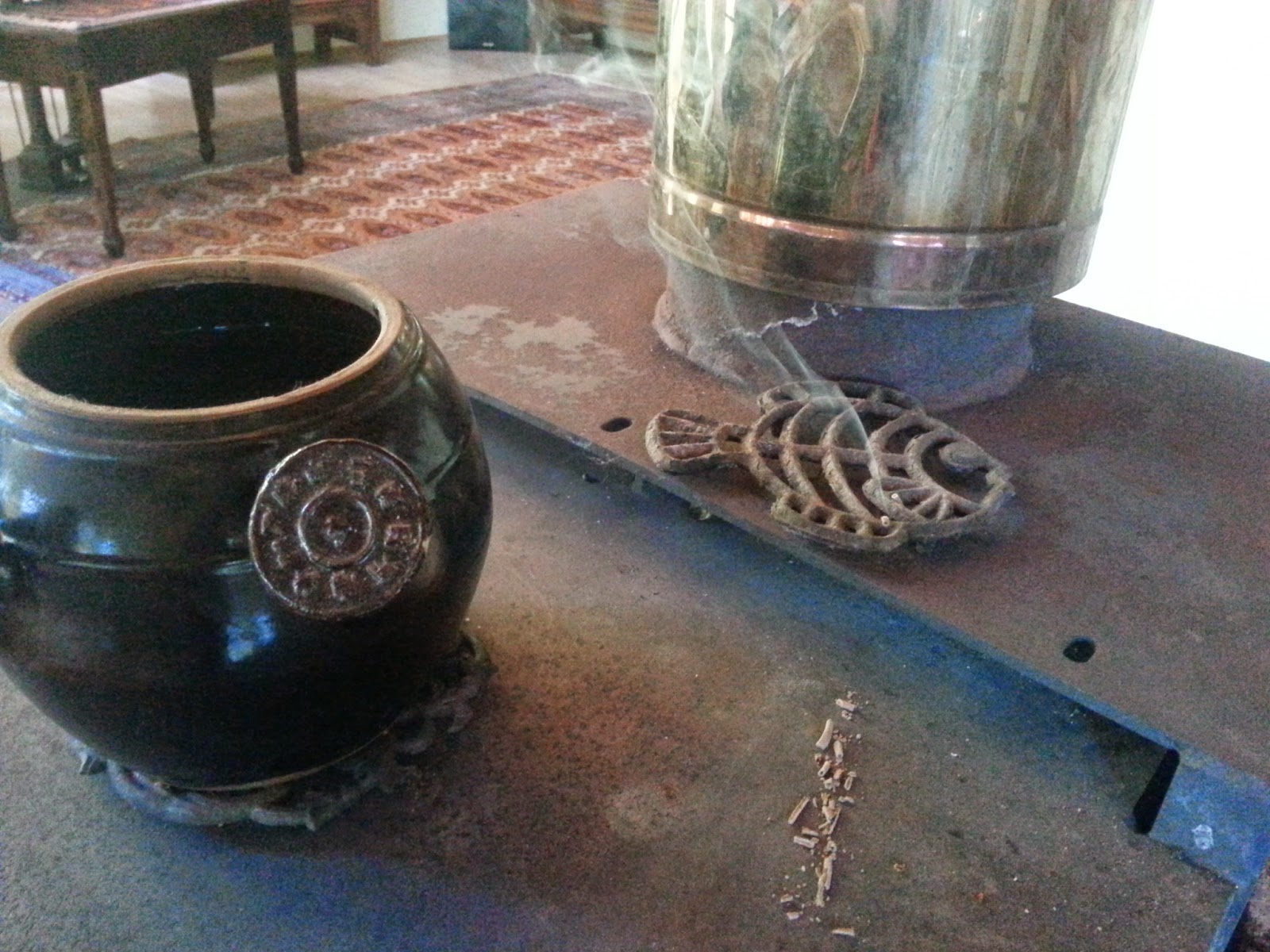 I went back out front, we got our gear from the van, and I stood and listened to those trees. Tall. Swaying, the wind rustling through making the most beautiful music - playing my favourite song. 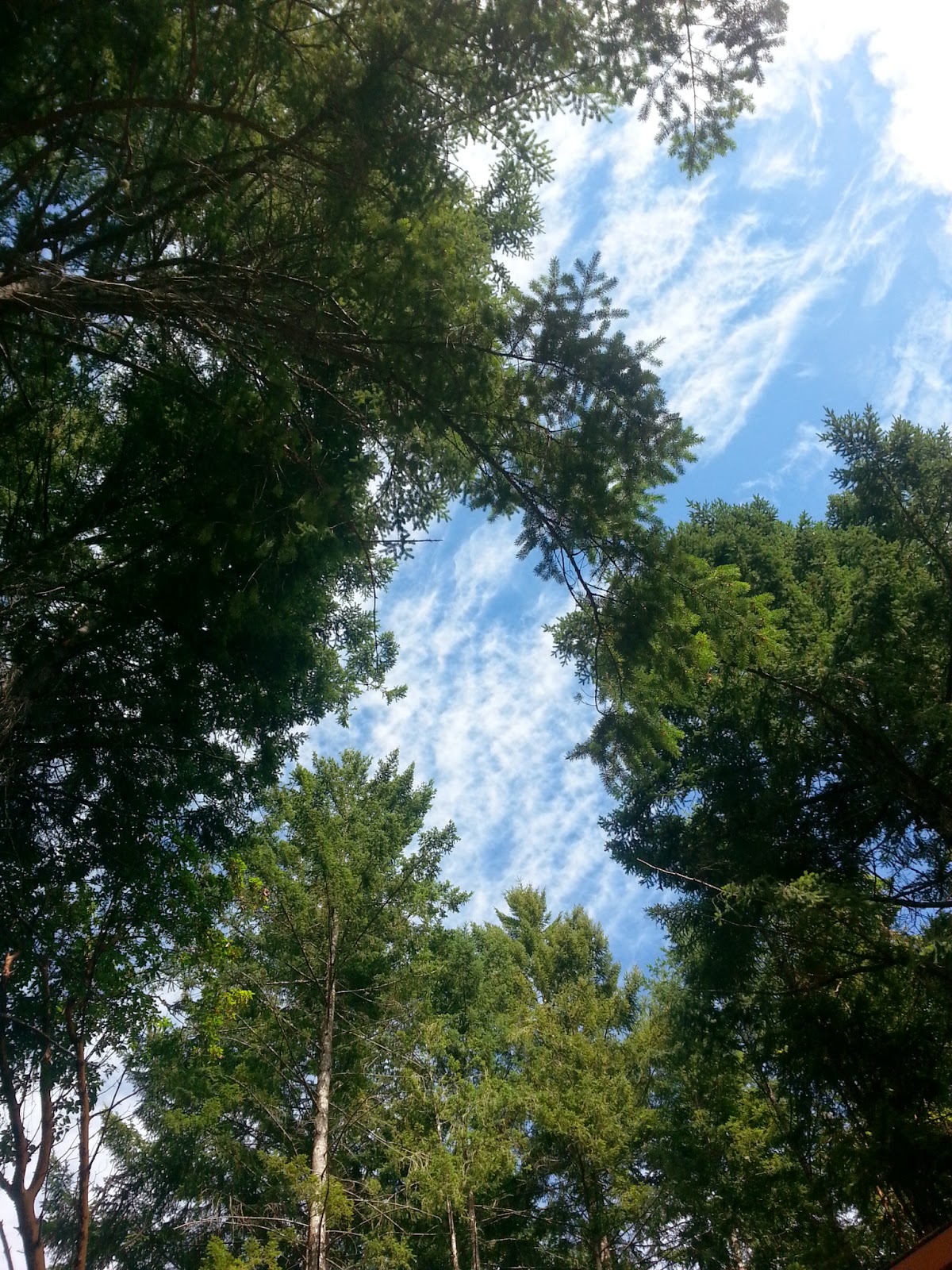 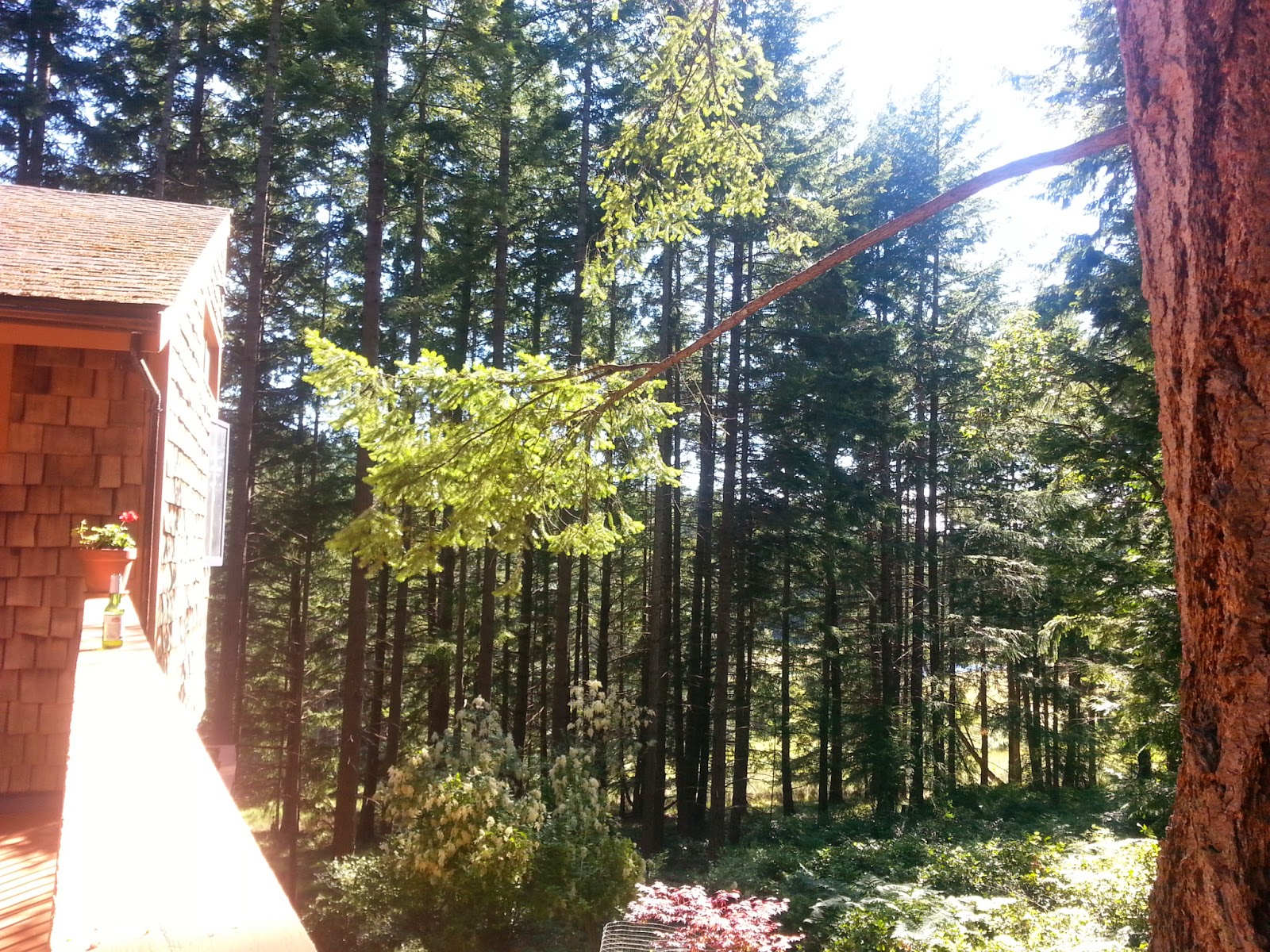 Yes. It was perfect.
Next post I'll give a bit of a day by day for our little vacation, but for now it's time to take doggy out and go refresh my coffee.